A Jobseekers Guide To Employment Checks 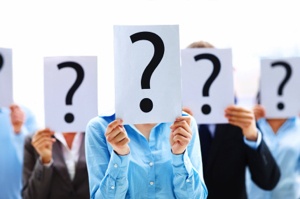 A Jobseekers Guide To Employment Checks

If you’re searching for a job, particularly in a sensitive area of expertise, you can expect your employer to perform a background check on you. This is standard operating procedure in the 21st century and isn’t designed to cast aspersions. As the old saying goes, “it’s not personal; it’s business.”

Why, exactly, do employers perform these background checks? The chief reason is that applicants are inflating their past performance, academic background and all sorts of other things on their resumes. Also, businesses are being sued for all sorts of reasons these days, including what are known as negligent hiring lawsuits. For example, Mr. Schmo might have sexually harassed a coworker at a previous job and been arrested for it. If a company hires Mr. Schmo without doing its due diligence and Mr. Schmo harasses someone at his new job, his new company could be liable. Employers want and need to know about these kinds of things.

Having a criminal past, however, doesn’t mean you’ll never get a job again. Employers are prohibited from denying you work simply because of a criminal record; they need to be able to prove that not hiring you is a “business necessity.” Additionally, if you were simply arrested and not convicted, even that arrest cannot be held against you after seven years.

Background checks generally cover public record information, however obscure. Some of these things include:

They may not include civil judgments, credit reports, collection notices, paid or not, or any other negative items that are older than seven years, much the same as arrest records. Convictions are always relevant, however.

If you’ve ever worried about a prior boss sabotaging your efforts to find a job, many states consider such behavior a criminal offense in and of itself. “You’ll never work in this field again!” might play in the movies, but real life is different. Just be truthful on your job application and resume, and you should have no problems.