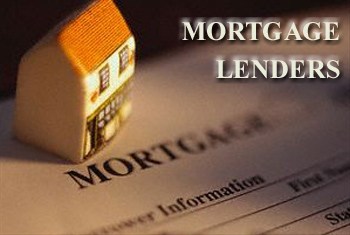 The Internal Revenue Service will not release your tax information without your consent. Form 4506-T is the form used by the IRS to request a transcript of your tax return whether you are asking for the IRS to send the transcript to you or a third party. A transcript is not the same thing as a copy of your return; a transcript includes virtually every line item you entered on the return or attached schedules, and it may include information about any payments or penalties on your account.

Prior to the problems encountered in 2007 and 2008, few lenders required borrowers to furnish a transcript. Form 1099s or W-2s and a copy of your 1040 were often sufficient. In fact, some lenders made no-income, no-asset, or NINA, loans for mortgages that did not require borrowers to provide any proof of income. Lenders were quite lenient when determining whether a borrower had sufficient income to meet mortgage payments. This “lending laxity” was primarily the result of a program launched in 1999 by the Federal National Mortgage Association — more commonly known as Fannie Mae — to give Americans greater access to home loans even if their credit scores were less than stellar, their savings non-existent and their debt load above what most lenders considered acceptable.

Because the housing market was booming, lenders saw opportunities in these subprime mortgages. The assumption they made was that the value of the home would increase, so even if the borrower went into foreclosure, the lender could still make a profit by reselling the property. In addition, many of these high-risk loans were bundled and sold to other banks in both the United States and abroad.

If you followed the news in 2008, you already know what happened. Many of these subprime loans went into default. The market was flooded with foreclosures and pre-foreclosures. Housing prices tumbled, and many homeowners discovered that they owed much more than they could get for their homes. Banks and mortgage companies went bankrupt or absorbed major losses.

In an effort to protect consumers, the Federal Reserve Board passed a rule under the Truth in Lending Act. The rule, which went into effect in 2009, requires creditors to assess a borrower’s ability to repay before offering a mortgage. Although there are a few exceptions, most lenders must assess all of the following:

• Current and/or “reasonably expected” income and assets
• Employment status
• Payment amount for the loan for which the borrower is applying as well as the payment for any other liens on the property, such as a second mortgage or separate land payment
• Payments for other obligations related to the property, such as taxes or insurance
• Borrower’s debts, including child support and alimony payments
• Applicant’s credit history
• Ratio of debt-to-income and amount of income that will be left after all obligations are met.

A complete transcript provides the details that a lender needs to ensure compliance Although some lenders may allow you to provide the transcript, most will require that you complete the 4506-T and allow the IRS to furnish the transcript directly to the lender. This eliminates any possibility of an altered transcript being used to secure a loan.

What each lender looks for varies, and not every taxpayer will have the same types of income or expenses. Typically, lenders are looking for some or all of the following.

• Does the income reported match the W-2 or 1099?
• Did the taxpayer deduct unreimbursed business expenses? If so, these expenses will be deducted from the salary to give a more realistic picture of the true income.
• Did the applicant claim income or deduct expenses on rental property? If so, the rental income must be offset by reported expenses.
• Did one spouse report a business loss? For example, if one spouse earns a salary of $150,000 annually but the other declared a $50,000 business loss, the net income for qualification purposes is $100,000.
• If the borrower is self-employed, were there numerous deductions that substantially reduced his taxable income?
• Did the borrower report sustainable capital gains?
• Has the borrower filed an amended tax return?

In conclusion, mortgage lenders are still reeling from 2008. To protect themselves and to comply with federal regulations, they must examine all of an applicant’s financial details. Form 4506-T allows them to secure the type of information they need to make a sound determination.